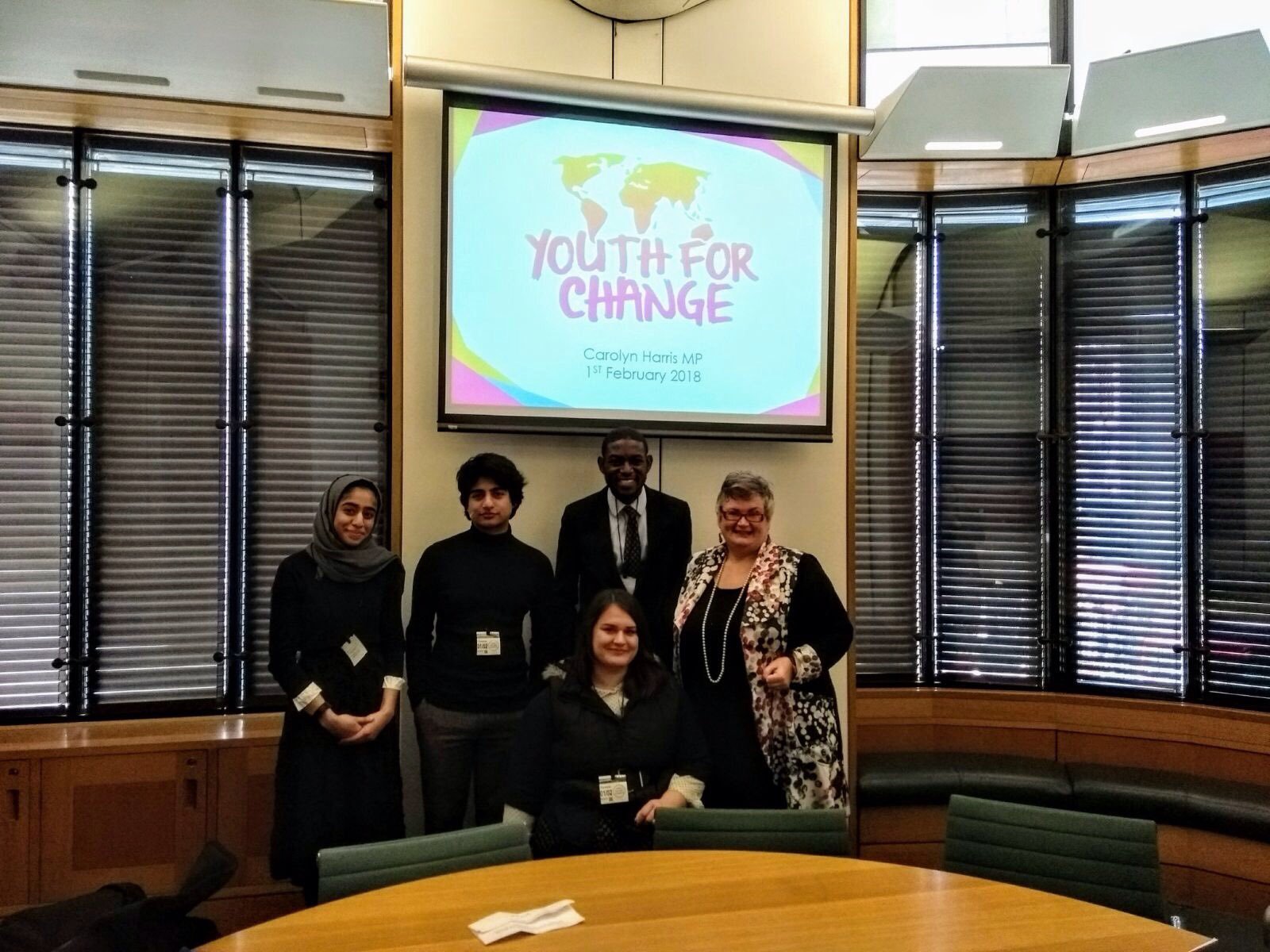 As Youth For Change, a group of young activists, we have the vision to end gender-based violence within a generation. We firmly believe that education is key to preventing and ending gender-based violence. As campaigners, we focused our efforts on Child and Early Forced Marriage (CEFM), FGM and body autonomy. We ran a campaign called #TrainToProtect, which supports teachers with the right skills to identify gender-based violence in order to protect their pupils from harm.

Our campaigning efforts were a success!

FIND OUT HOW WE DID IT

We designed and published a survey targeting students and teachers to gauge their interest in learning and teaching FGM and CEFM in schools.

CONSULTATIONS WITH THE DEPARTMENT FOR EDUCATION

Last year the Department for Education announced they would be holding consultations with different organisations and members of the public to create an inclusive and effective curriculum.

We engaged with this in many ways, including being the first group of young people who were involved in the initial consultations. In November 2017 We met with representatives from the department for education, including Alice Chicken, to outline our initial proposal.

We discussed in length why we felt that issues such as FGM and CEFM should be included in the curriculum and provided stats and data which demonstrate that young people were keen to learn about the topics, and teachers were keen to teach.

This was an exciting opportunity for us to engage with key policy influencers, allowing us to share findings from our Train to Protect report.

EVENT IN THE HOUSE OF COMMONS

In November 2017, our youth advocates Arifa Nasim and Larissa Kennedy where invited to chair an event in the house of commons, alongside MP Sarah Champion and MP Maria Miller. This event was an opportunity for young people to share their views on what should be included in the curriculum. This was another opportunity for us to highlight the importance of the youth consultation, as well as the transformative possibilities of good relationships and sex education.

Former Education Secretary Justine Greening was also present and supportive of the involvement of young people in consultation.

In January 2018 we attended meetings with the Forced Marriage Unit at the Home Office, and reinforced our campaign message.

Next, we got in touch with the Shadow Secretary for Women and Equalities, Carolyn Harris MP.

In February 2018 we met with Carolyn in Portcullis House to garner support for the campaign. After we presented our proposals as to why FGM and CEFM should be included in the curriculum, Carolyn agreed to ask a question on our behalf in the House of Commons.

OUR CAMPAIGN ASK BROUGHT TO PARLIAMENT

We were so excited to see our campaign brought to Parliament. Here’s a short video of Carolyn in the House of Commons, asking Amber Rudd, then Home Secretary, whether issues like FGM and CEFM would be included in the curriculum, as a result of our meeting.

In August 2018, the Government published a “Guidance for governing bodies, proprietors, head teachers, principles, senior leadership teams and teachers” The guidance was published after consultations with a variety of groups including our Youth For Change UK team.

This was one of the first indications that our proposals were being addressed by the government.

Within the guidance, point 75 outlines:

‘Grooming, sexual exploitation and domestic abuse, including coercive and controlling behaviour, should also be addressed sensitively and clearly. Schools may also want to address the physical and emotional damage caused 21 by female genital mutilation (FGM), where support is available and that it is a criminal offence to perform or assist in the performance of FGM or fail to protect a person for whom you are responsible from FGM. As well as addressing this in the context of the law, pupils may also need support to recognise when relationships (including family relationships) are unhealthy or abusive (including the unacceptability of neglect, emotional, sexual and physical abuse and violence including honour-based violence and forced marriage) and strategies to manage this or access support for oneself or others at risk.’ (Department for Education 2018)

Eventually, in February 2019, the government announced their intentions to include FGM in the relationships and sex education curriculum. It means that from 2020 the dangers of FGM will be taught to all secondary school pupils in England.

Education in prevention is vital, but Youth For Change is committed to ensuring that teachers are well equipped to deal with reporting, but also equipped to teach the dangers of FGM and CEFM effectively.

We also believe that students in primary schools should also be taught about gender based violence, to a level that is appropriate for their age.

As we outlined in our recent letter in the Observer.

Where Are Women Not In Work?