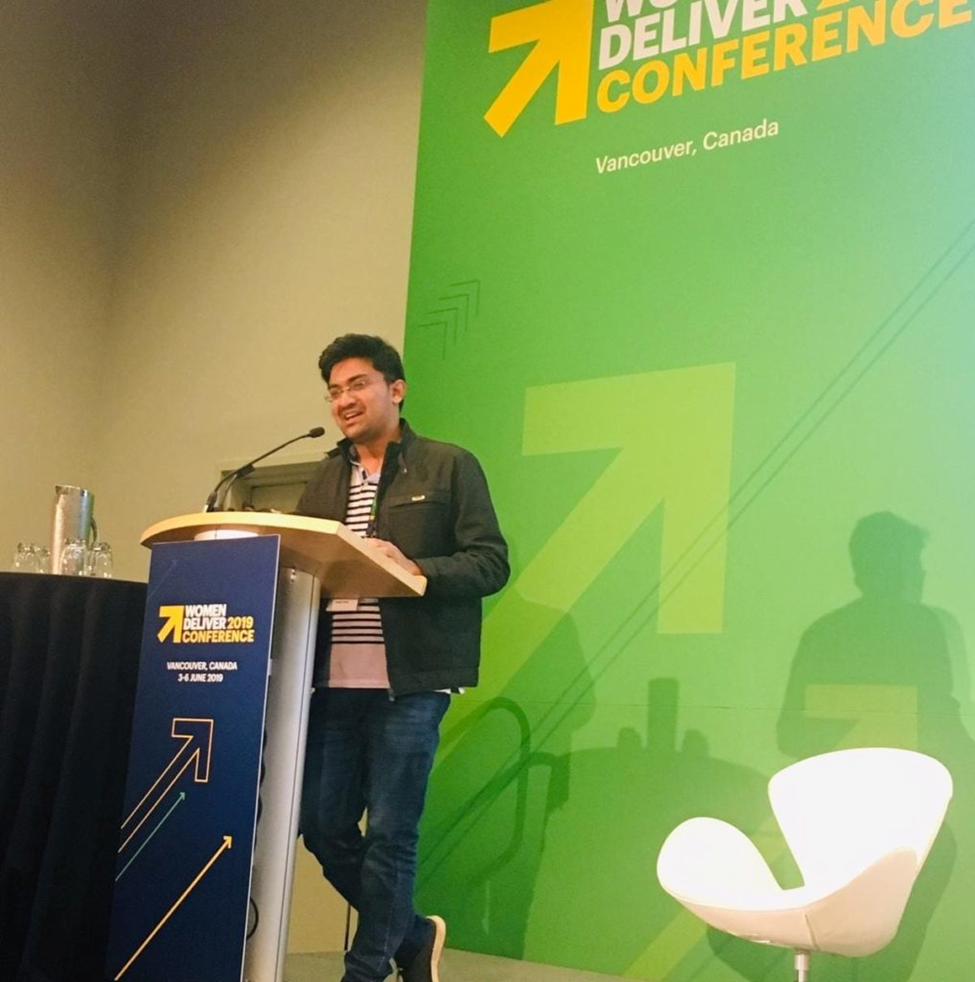 I am S M Shahriar Sifat, co-founder of Youth for Change Bangladesh, a youth organization working to end Child Marriage and Gender-based Violence in Bangladesh. I am 22 and I have been working to establish gender equality in my country for almost 10 years now.

The Women Deliver 2019 Conference took place from 3 to 6 June 2019 in Vancouver, Canada. It served as a catalyst for advocates working to achieve a more gender equal world. I participated in this year’s Women Deliver Global Conference 2019 as a youth delegation of Plan International.

This event is said to be the world’s largest conference on gender equality and the health, rights, and well being of girls and women in the 21st century which hosted around 8000 participants from 165 countries. On 31st May I joined the youth delegation team of Plan International in Vancouver, British Colombia where we stayed throughout the conference.

On 1 and 2 June I participated in the preparatory workshop for the conference in Hyatt Regency Vancouver with the youth delegation of 15 members from 14 different countries. Throughout the conference I had official meetings with fund raisers and iNGO’s, interviews, workshops and panel discussions.

On 3 June, on the first day of the conference, I participated on a session “The Power of We: When Youth Take Charge” as a panel speaker. I spoke on the necessity of capacity building of adolescents and engagement of young men on women’s rights issues. I also did a video shoot on “How to Engage Men and Boys in activism” as a part of the “How to” video series of Plan International.

The opening session of the event was held on the same day afternoon. It included the amazing speech from the Prime Minister of Canada, Justin Trudeau.

I spoke as a panel member on the launching of the research “Taking the Lead” as I was a youth spokesperson for the designing of this research last year. The session was moderated by Anne-Birgitte Albrectsen, CEO of Plan International and some of the other panelists were Youth Envoy of UN Secretary General, Jayathma Wickramanayake and Former Prime Minister of New Zealand, Helen Clarke.

On June 5, I took part in a Nhanga Session on Our Bodies Our Future that was also participated by the Executive Director of UNFPA. In the interviews throughout the conference I spoke on the ideas of working on Child Marriage in Bangladesh.

On 6 June, I met the State Minister for Health and Family Welfare Dr Murad Hasan along with the other delegates of Bangladesh. I also conducted the youth led workshop on “What holds girls back” and “What can Men and Boys as allies do?” After the midday, I took part in an interview by Obama Foundation. The women Deliver Conference concluded with a Closing Ceremony that included speeches from Sophie Trudeau, Deliver For Good Influencer of Women Deliver and Katja Iversen, the President and CEO of Women Deliver. It all ended with the beats from African songs that moved everybody in the plenary.

For me it has been an experience of lifetime to represent male allies of gender equality in a global stage like Women Deliver 2019 Conference. I believe the network created in this journey will help me step further in the movement against gender-based violence in my country.

Where Are Women Not In Work?

No comments to show.